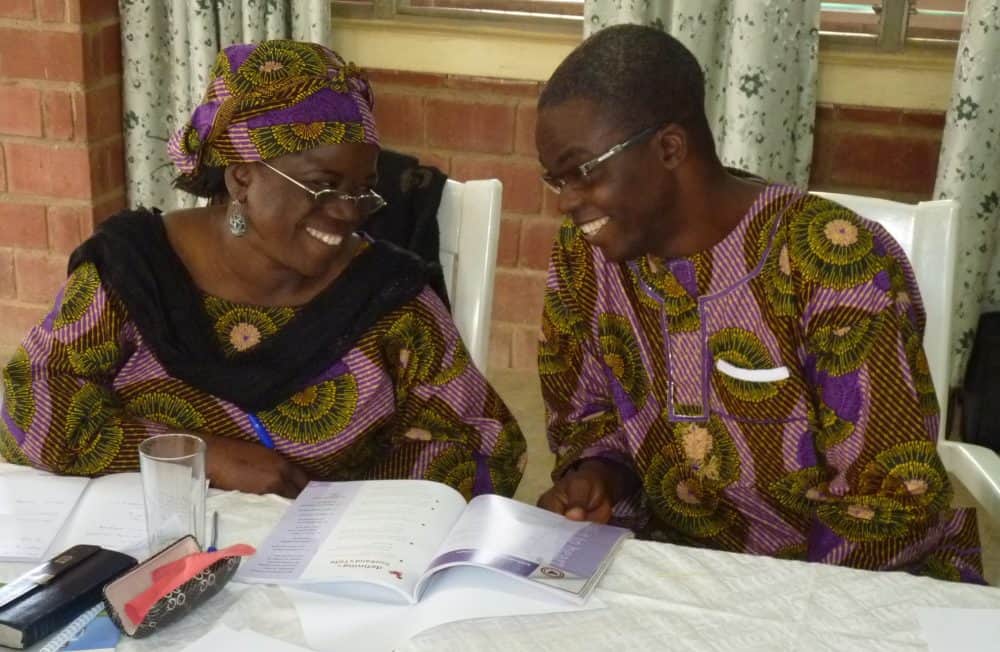 Last fall, a high-ranking government official in Makurdi, the capital city in the Benué state of Nigeria, was reading the quarterly prayer diary produced by the Great Commission Movement Nigeria and noticed a prayer request about Ademola and Ajoke Adebiyi. They were stepping down from national leadership so they could focus on FamilyLife. He had to learn more, so he called Ademola.

Ademola told the official about FamilyLife and how God had been leading them in that direction. The official got so excited by what he was hearing and this courageous step of faith that he proposed that he and his wife travel the 200 miles from Makurdi to Jos, Nigeria, (where Ademola and Ajoke live) so they could be trained on how to help others using FamilyLife materials. But Ademola refused his request. He suggested instead that the official work through his church to organize a larger-scale training in Makurdi.

The official struggled with that reply. He didn’t think his church leadership would go for the idea. They were too busy and too set in their ways. But Ademola encouraged him to pursue the idea and mobilize couples in his sphere of influence. One thing led to another, and before long the official had organized not a one-day training event but a three-day marriage retreat including both a HomeBuilders leader training and an Art of Marriage event.

Ademola and Ajoke presented the HomeBuilders small group training, and it was fantastic. Then they hosted the Art of Marriage. God’s hand was evident throughout the weekend.

Through the bold position taken by Ademola, much more was accomplished than had he merely agreed to let the official and his wife come to Jos for training. Many couples were trained to help others by leading a HomeBuilders group. Seeds were planted for churches to host events and hopefully start marriage ministries. God was at work.

The official spent a lot of energy and money to make this three-day marriage retreat happen. But that is what volunteers do when they are caught by a compelling vision. Now that the event is over, the official and his wife are even more excited than ever. They bought a copy of every HomeBuilders study guide available in Nigeria and made a commitment to start their own HomeBuilders group. They plan to stay involved with Ademola and Ajoke in ministry.

But the official was not only one to become excited and encouraged. Ademola and Ajoke were, too. In fact, they donated several copies of Building Your Marriage to Last to help stoke the fire while it is hot. And they even threw in an Art of Marriage Small Group kit as well.