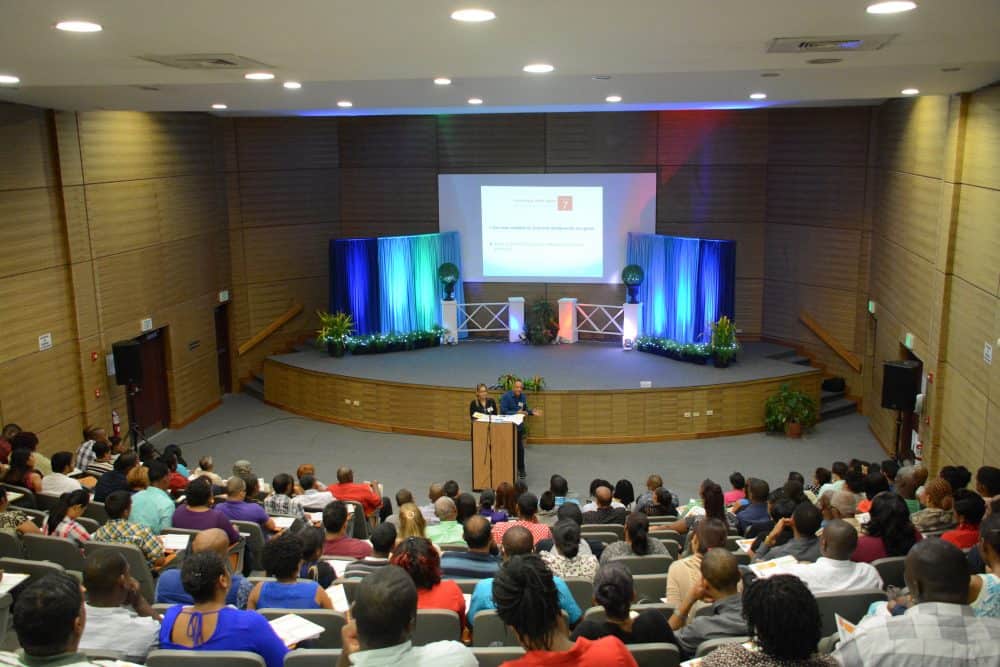 Trinidad and Tobago—A weekend of transformation

As more than eighty couples at various stages in their relationship streamed in to our annual Weekend to Remember marriage conference at the UTT Marine Campus, it was evident that some were struggling, the pain prominently displayed on their faces and the tension obvious in their interactions.  By the end of the first day, however, transformation had begun for many. The lunch and evening breaks were rife with conversation among couples, the air buzzing with excitement. Smiles erupted from previously tight lips, the atmosphere undeniably more relaxed than when we started. Day one feedback assured us that hope was birthed in the minds and hearts of several participants, setting the stage for an exciting day two.

As the speakers continued to openly share their lives with the audience, the scripture verse from Revelation 12:11 that says,

“They triumphed over him by the blood of the Lamb and by the word of their testimony,” came alive. The connection with the crowd was electric, and transformation was taking place from deep within as couples identified with the stories told. Emotions ran high, while tears of joy, forgiveness, and reconciliation flowed freely.

In the end came the prized moment, the climax that makes all the effort to organize an event like this annually, all worth it. Three couples stood up and shared that their marriage which was on the brink of divorce had been saved, and many more shared about the positive impact the event had on their relationship. Even if it were only one marriage saved, it would all be worth it!

Every year we try to incorporate some new and exciting aspect into our conference. This year we introduced the Coupleie Challenge (as opposed to selfie). Couples had until lunch time on the second day to submit a picture of themselves enjoying the conference via #weekendtoremember2016. We had a tough time selecting the top three finalists from the twenty-four submissions received. In the end, Andre Koylass and his fiancée Sarah Ost Jensen emerged the lucky winners of a dinner for two.

We are thankful for the prayers, partnership, and support that made this event a resounding success.