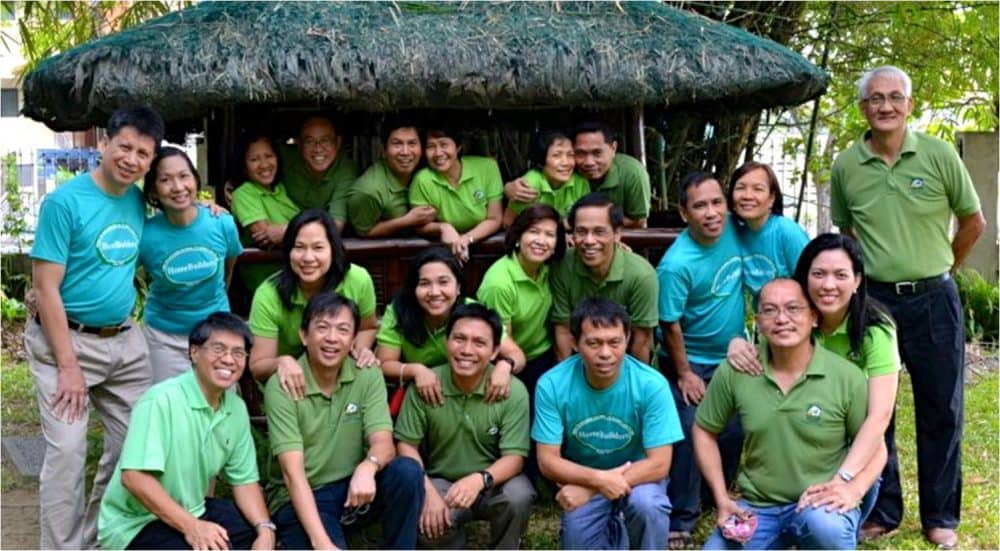 “Hinihiling naming tumayo ang lahat ng mga nanay! Mga tatay! Mga ate at kuya!” (We would like to request all the mothers! Fathers! Older sisters and brothers to stand!)

Applause broke out as hundreds of people began to stand across the room. Couples from all over the country, singles cheering, toddlers chasing each other around the hall—they all belonged to a family. And that was precisely why we gathered together. We wanted to worship our faithful God as a family. And part of what we celebrated at FamilyLife Philippines’ 20th anniversary was the gift of being part of His family.

It was a joy to hear so many people speak about how God used FamilyLife to reach out to them.  Various couples from different regions and sectors came and gave their testimonies. Despite how different everyone’s journey has been, what ties them all together is God’s power to transform lives and redeem relationships—even those that were seemingly impossible to restore.

Mayor Glen Prudenciano and his wife Irene, for example, have been using what they’ve learned from the Weekend to Remember seminar they first attended to minister to couples in their province of Ifugao (northern area of the Philippines). He uses it as his guide when officiating weddings in the City Hall.  Another couple, May Paller and her husband Jon, have been working to contextualize FamilyLife resources for the tribes. They recognize that what resonates with couples in urban areas doesn’t always connect with those who live outside of the cities and have a different culture.

And because FamilyLife is about reaching out to the whole family, even children had stories to tell! Ella Cruz, whose parents were hosting a HomeBuilders® group, began to disciple the kids of the couples her parents were ministering to. This grew to be a whole movement of children sharing Jesus with their peers and building them up in their faith. This is a testament to how God can use anyone to change a community. Indeed, every member of the family is a home builder!

Their testimonies, alongside those of several others, were also published in the story booklet we launched at the celebration. One Home at a Time: 20 Stories of God’s Transforming Power in Families hopes to encourage readers to see that God is truly committed to reveal His glory even through the cracks and wounds in our lives.  It’s an invitation too for couples to bring their marriages to God and commit to ministering to the families around them.

The leadership of Dr. Teody and Bing Pajaron over the last 20 years has been used by God to bring FamilyLife where it is now. They helped raise and develop leaders in different areas from various groups and denominations. Last April 2016, the baton of FamilyLife Philippines’ leadership was passed on to Albert and Marife Palima. As the new team transitions, the vision remains the same—to become a movement that helps transform families by becoming lighthouses in their communities and agents of change in this generation and the succeeding ones for God’s glory.