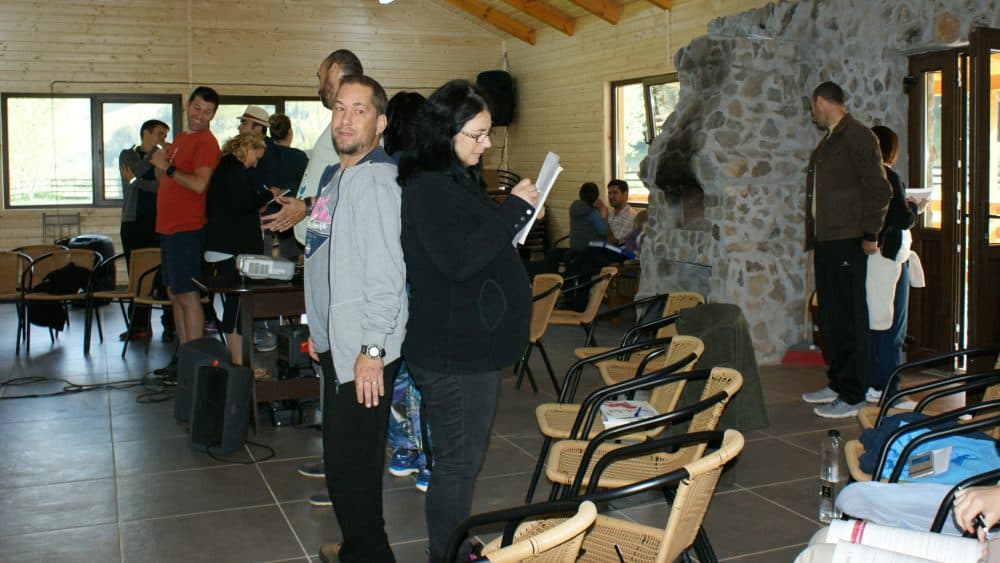 Daniel is a man we met at a recent Art of Marriage® event. When he was younger, he experienced kidney failure and received a kidney from his father. Once he was healthy again, he rejected God. He neglected

to follow his treatment plan and developed unhealthy habits. His father died and this angered him even more, then he soon found out that the kidney had failed and he was once again dependent on dialysis. The kidney disease led him to lose both legs from the knees down. Now there is nobody to donate a kidney, and it’s not on the priority list for donations. Contrite and with a humbled spirit, he came back to God.

Daniel is married to Alina, but they cannot have children because of his health. In the many days spent in hospital he met Marius, a boy dependent on dialysis. Marius is an orphan too big and too sick to be desired and adopted by someone. Daniel and Alina decided to adopt him. We met them at a FamilyLife Art of Marriage camp that we organized. At the event, the kids attend a program while the adults participate in an Art of Marriage seminar. We ate meals with this family and got to know them and their story. We talked with Marius about God’s love and grace, and that He has adopted us through Christ Jesus. I presented him the gospel, and his eyes were filled with tears. He understood better than anyone the good news!

This issue of the FamilyLife Global newsletter features: Ukraine: Shining a Light in the Darkness of War Egypt: A FamilyLife Launch Sixteen Years in the Making Latin America: The Journey of Spanish Translations And more! To download this issue of the newsletter, click here.