Go Back To All 2020 Articles
Western Europe ·3 min read 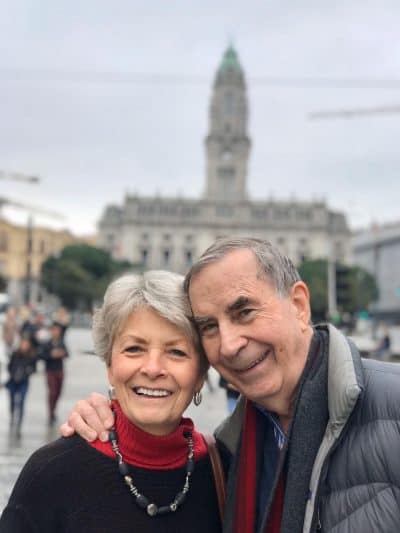 “My name is Norm; what’s yours?” Norm Patterson sat down next to a man at the back of the bus in Dublin, Ireland. The man was as big as an NFL linebacker and appeared to be around forty years old.

“Alan, where are you headed?”

“Going home; I just got out of prison today!”

Alan explained that five years earlier he had been drunk in a pub and hit a man so hard he gave him brain damage. Now he was finally free again. When Norm asked what Alan’s parents thought of him being out of jail, Alan said, “I don’t have a father. He left my mother and me when I was a baby. I haven’t seen him since. In fact, I hate the thought of a father!”

So Norm began to tell him about a Heavenly Father who would never leave him, and about His son, Jesus Christ. As Norm shared the gospel, Alan said, “Maybe this is what I’ve been looking for all my life.”

Alan’s story of coming from a broken home is multiplied many tens of thousands of times around the globe. And it’s stories like these that motivate Norm and Sue Patterson to reach out with loving concern to the families of the world.

The Pattersons have been involved in Christian ministry together for over forty years. They’ve lived in Swaziland, Zimbabwe, South Africa, and Germany, doing family ministry and other forms of outreach and training nationals to carry on after they leave. Now God has led them to a new mission: developing a marriage and family ministry in the Republic of Ireland.

The Pattersons have spent the past three years developing the ministry in Ireland and introducing FamilyLife’s Art of Marriage® and Art of Parenting® studies to key couples and churches, and they’ve been encouraged to see that people are hungry for truth and help in raising a family in today’s confusing world.

“Our plan, with God’s help, is to expand the FamilyLife ministry across the entire country of Ireland, bringing biblically sound marriage and family principles to the churches and people of Ireland,” said Norm.

“Our strategy is to use FamilyLife to reach couples in the church who will then reach out to their friends, neighbors, and fellow workers in the marketplace,” said Sue. “The topics are very relevant and crucial in Ireland today. Just read the newspapers and you’ll realize the confusion on marriage, family, sex, and gender issues—and in the church too! Discipleship and building the church of God is the ultimate goal!”

Many churches are realizing the need to disciple young couples in marriage and family issues, and the Pattersons are pleased to be able to offer resources and training to help them do that. One church in Dublin is offering FamilyLife’s Art of Parenting small-group Bible study as a Sunday school class open to the entire congregation of around seven hundred. Other churches that have been trained to use the Art of Marriage or the Art of Parenting are taking the materials and running with them in their congregations and communities. “It will expand and multiply,” said the Pattersons.

Although Dublin is their focus city, Norm and Sue are initiating meetings, seminars, and training with leaders across the nation. Future plans include launching an official FamilyLife ministry in Ireland and expanding to key cities such as Limerick, Cork, Galway, Waterford, and others.

The Pattersons are excited to see God begin to raise up churches and key Irish couples who have a passion for family ministry and for reaching their country. They hope to reach more people like Alan, to stem the tide of confusion and hopelessness in today’s world, and to see couples remaining faithful and raising their kids to know and love God—and see lives and legacies in Ireland forever changed by the power of the gospel.