Go Back To All 2020 Articles
South Pacific ·1 min read 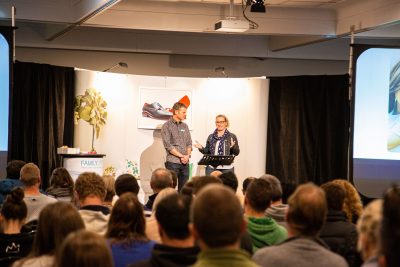 I received a call recently from a lady who had found our number in a Google search. She told me she wanted a divorce and was looking for help on how to go about it.

I told her she had rung the right place.

As we talked, I promised to send her some information to look at before she made that decision, and mentioned our weekend getaway coming up in Taupo, on the off chance that they may be willing to come. By the sounds of it, attendance for them would take a miracle . . . but I believe in a God who specializes in those.

A couple of days later she rang back, thankful for the information, and said she had also forwarded it to her husband. She asked if I would be willing for him to call me; I replied I’d be happy to talk to him.

From what she had shared, I wasn’t holding much hope that he would call, but a few days later the phone rang and it was her husband on the line, not only broken and desiring to change, but he was also willing to join us in Taupo.

They came, and over the course of the weekend God impacted their lives as only God can. The husband wrote afterwards how he had come to realize the importance of “forgiveness, love that conquers all, and faith in God.” He has since offered to help by sharing his story of someone who “has lived it all only to start fresh again.”

We continue to be in awe of what God can do in a life that is willing!