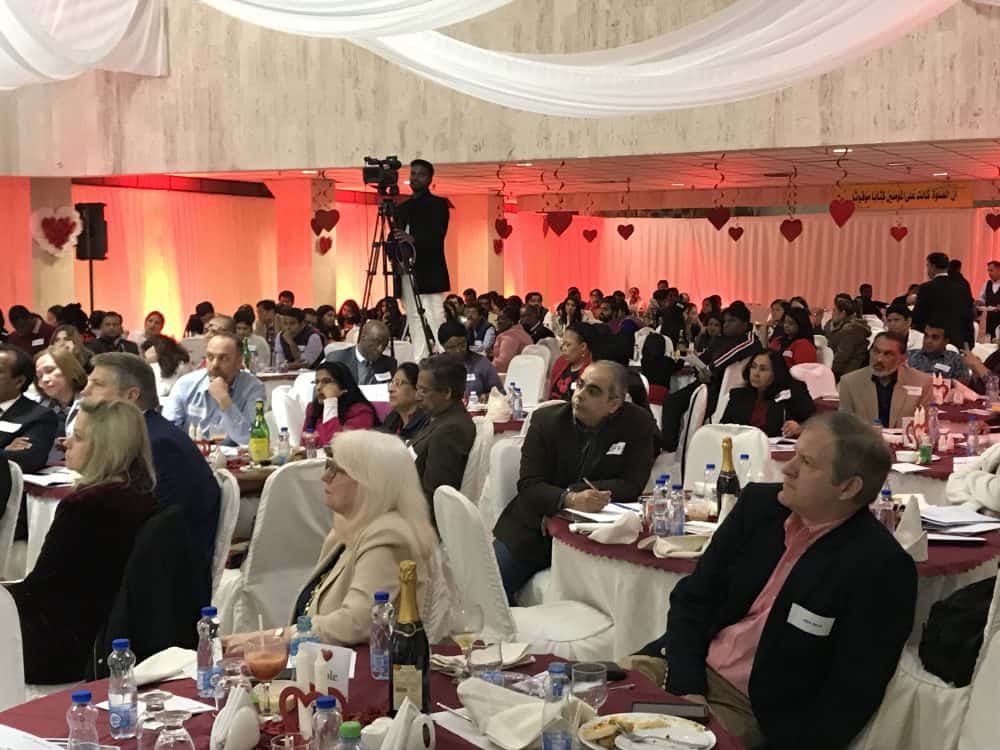 “You can’t believe how much we need this!”

When it comes to solid, practical teaching on marriage and family issues, people of the Middle East are hungry for help and truth. FamilyLife representatives Jim and Judy Burrows and Dave and Jennifer Cook saw this firsthand when they visited Kuwait in February to do ministry using FamilyLife materials for English and Arabic-speaking families. 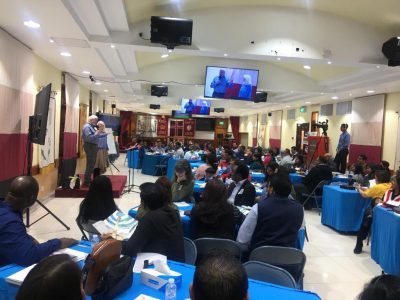 The Burrowses and Cooks started the week by showing FamilyLife’s Like Arrows® movie—which tells a story of the importance of family and the power of living by God’s Word. The movie, which was shown in English with Arabic subtitles, was very well received by the 200 attendees. One pastor said, “I believe this kind of spiritual movie is a great inspiration, a great encouragement for the many, many people struggling with so many problems in their family.”

Following the movie, Jim and Judy promoted their upcoming Art of Parenting® small-group training events and marriage seminar. They wanted to not only feed into the marriages of these couples in Kuwait, but also cast a vision for them to reach out to other couples and parents who are struggling. 120 people attended the small-group trainings, and 160 people attended the seminar.

One couple said, “This has thrown new light on God’s Word, especially regarding marriage.” Another couple expressed that they were so thankful to realize that they weren’t the only ones experiencing stress and hardship in their marriage. The event was a breath of fresh air for so many. Four people trusted Christ as their Savior.

It seems that God is on the move in Kuwait. Kuwait is a strategic country within the Middle East. With nearly sixty percent of the population being expatriates from other countries, doing ministry here can have an expansive effect.

“It’s like a mini United Nations,” said Judy Burrows. “People who are passing through Kuwait can take the message back to places we can’t 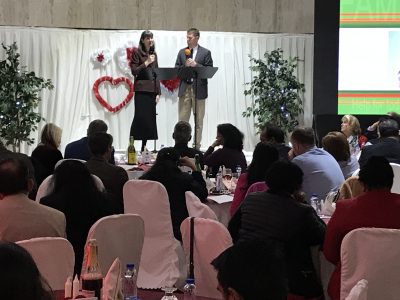 go.” The events took place at the National Evangelical Church of Kuwait, which is a large campus comprised of 85 fellowships speaking 20 languages. Attendees at the FamilyLife events represented places as far and wide as India, the Philippines, and countries throughout Africa and the Middle East. The potential for the spread of marriage and family ministry through the couples who were trained is huge.

Although Jim and Judy encountered some heartbreaking family situations while in Kuwait, they also have hope after seeing how the biblical materials were received with such joy and enthusiasm. Because the materials will be available in Arabic for free at www.arabfamilylife.com, they expect that many more families in the Middle East and beyond will be able to access the help that they’re so hungry for.