When Wolobah Taylor, FamilyLife leader in Liberia, reached out to the FamilyLife Global department for advice on how to do small-group 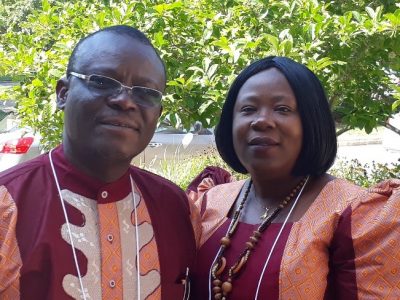 ministry in the midst of COVID-19 restrictions, international representative Chuck Eckerson responded with some reluctance that they might want to consider Zoom. Why the reluctance? Eckerson knew that Liberians are very social and might not be open to meeting virtually. Furthermore, the challenges and expense of internet in Liberia posed an additional obstacle. That’s why what happened next came as such a surprise.

Taylor and his wife, Vanessa, were very eager to give virtual small groups a try. After some coaching and instruction, they began an online FamilyLife group with five couples the following week. It went great—and in fact, Taylor said that in some ways the Zoom meeting was better than a live meeti 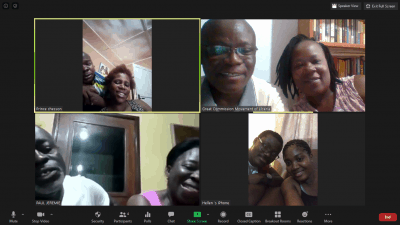 ng because husbands were more willing to participate, and couples didn’t have to worry about finding childcare.

The group went so well that the Taylors began a second online small group with five more couples … and then a third!

The enthusiasm for online small groups then began spreading to other countries—including 1,000 miles away in Togo. Taylor began coaching FamilyLife Togo leaders Managuèlè and Colette BAFEI to use Zoom for FamilyLife ministry. They participated online with one of the Taylors’ groups to get a sense of how this could work. Because Togo is a French- and Ewe-speaking country, Managuèlè translated the English conversation for his wife throughout the meeting, making this perhaps the first international, multilingual virtual small group ever!

Meeting online in Africa isn’t without challenges—internet can be unreliable, and data charges are pay-as-you-go and fairly costly, so groups are limited to only five couples and a one-hour time limit for each session. But these meetings are also removing factors such as travel time/distance or the expectation of a major time commitment, which is allowing more business leaders and professionals to attend.

The Taylors also have a desire to see small groups multiply throughout their country beyond their own abilities. Toward this end, they’re encouraging group members to take turns leading the weekly sessions. This allows them to practice and gain confidence for leading their own groups someday, thereby spreading the reach of the ministry and the biblical message of hope for families.

Chuck and Kathy Eckerson, who are FamilyLife representatives living in the US, recently sat in on one of the online small groups and were pleased to see several couples they had trained back in 2017 and some new faces as well. All are participating enthusiastically, gaining experience leading, and learning how to use FamilyLife small groups for discipleship and ministry multiplication. Only God knows the lives they will go on to touch as they eventually launch their own small groups.

Although the success of online small groups in Africa may be unexpected, God is not taken by surprise. “God does not have a stay-at-home order. The gospel of Jesus Christ is not under lockdown. He is meeting people right now, all around the globe, in very close and personal ways,” says Eckerson.

God is on the move in extraordinary ways—in Liberia and beyond!