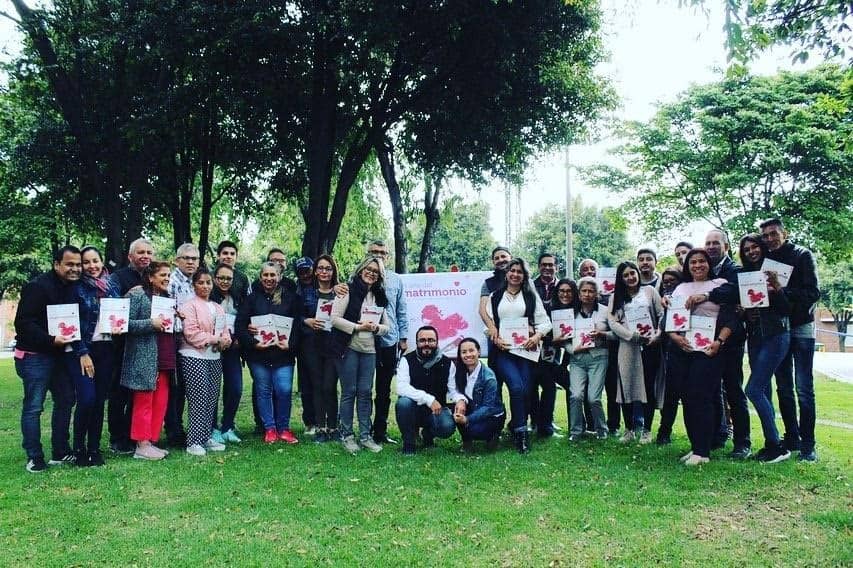 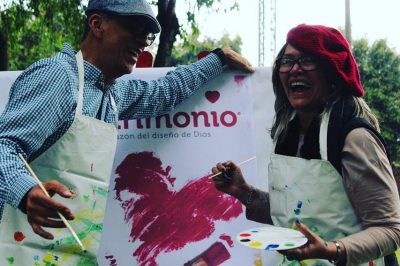 During a recent Facebook Live event in Tunja, Colombia, 170 couples from 27 small groups celebrated the completion of a FamilyLife study. Through the study, approximately 50 couples encountered the gospel for the first time in their lives! This is just one example of the many ways God is at work in Colombia.

In Colombia, FamilyLife has been working through teams of volunteers in various cities such as Bogotá, Cali, Medellín, Pereira, Manizales, Pasto, Tunja, Bucaramanga, Popayán, and Cartagena. Despite the atypical circumstances brought on by the pandemic, the message of help and hope for families has continued to spread, reaching and blessing many Colombian homes.

In Bogotá, key volunteers Vladimir and Johanna Cañas have formed partnerships with congregations across multiple denominations that have implemented programs and resources such as FamilyLife’s Art of Parenting®, The Art of Marriage® (AOM), Keeping Your Covenant, and Stepping Up®. They’ve also helped train more than 80 “multipliers” who can use these resources in their own extended families and communities.

“For us as a family, it has been a great blessing and a privilege to see what God is doing in our nation and be part of this movement that arises as a response to the felt need of families of our society,” said Vladimir Cañas.

Last year, thousands of people viewed FamilyLife’s Like Arrows movie, and many became involved in Art of Parenting small groups afterwards. Groups are continuing to form as parents around the country seek help raising their kids according to biblical principles.

This year has been different with fewer live events and more virtual events, but the changing circumstances haven’t stopped the FamilyLife team in Colombia. They’ve continued to see God at work with more than 2,000 people participating in small groups and events. The virtual events are allowing couples to participate from all over the country.

As couples and families are being touched through FamilyLife, their enthusiasm for helping spread the message to others grows. FamilyLife Colombia makes good use of this spark of enthusiasm. They’ve initiated a training process that teaches couples to facilitate their own FamilyLife small groups, so new couples are trained regularly to help spread FamilyLife’s message even further.

In fact, during a recent virtual AOM event, 80% of attendees indicated the highest level of interest in taking AOM back to their own churches, and 50% indicated high interest in joining the FamilyLife team in their area. The potential for the continued growth and spread of FamilyLife in Colombia is significant.

FamilyLife Colombia is excited not only to minister to others, but to put tools in the hands of families everywhere and watch as God uses them to create a powerful ministry of their own. Already hundreds of families have committed themselves to living by biblical principles. And as they multiply what they are learning, we dream of God reforming marriages in every corner of Colombia.