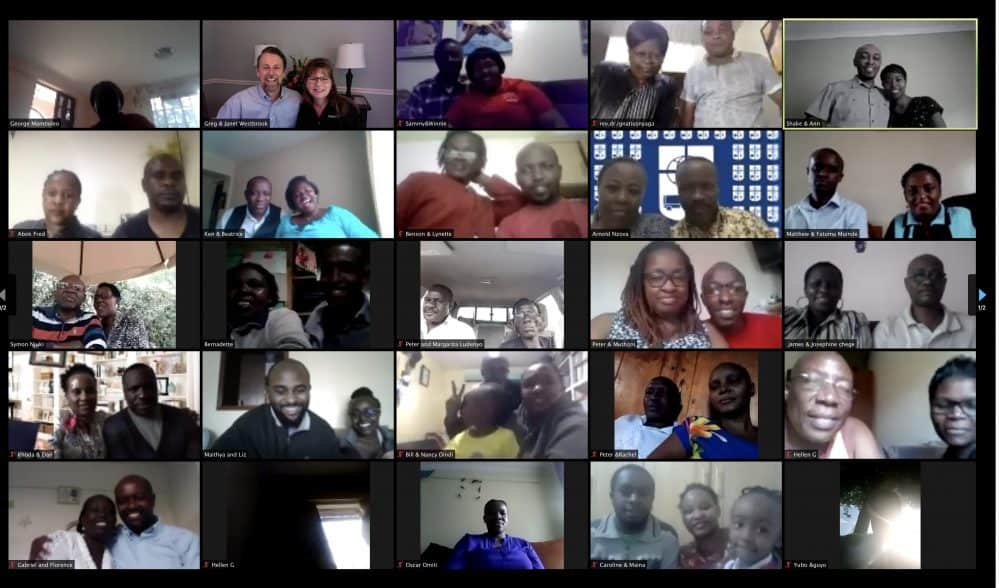 Couples who are involved in ministry together face unique challenges in their marriages. That’s why FamilyLife initially formed in 1976—to help the young staff couples of Campus Crusade for Christ (now called Cru), who were excited to serve the Lord but struggling in their families. Recently, FamilyLife Global staff Greg and Janet Westbrook went back to those roots, working with a group of staff members from Life Ministry of Kenya (Kenya’s branch of Campus Crusade for Christ International).

For five days in a row the couples watched one Art of Marriage® video session per day on their own, then joined a Zoom call for two hours of group discussion, interaction, and even some fun activities. Each day, two or three couples would give testimonies about what they had learned from the day before, so the atmosphere was very encouraging with real-life examples of practical application and impact.

Some of the more experienced staff couples of Life Ministry Kenya provided an African perspective on the principles from The Art of Marriage. For example, The Art of Marriage encourages couples to follow the biblical mandate to leave their parents, cleave to each other, and become one flesh. But in many African cultures, the mother relationship ranks higher than the wife, so this “leave and cleave” concept can be difficult to grasp. Hearing the principles explained and reaffirmed by fellow Africans helped the attendees to embrace biblical values that may have been unfamiliar to them.

Even some of the projects were adapted to fit the culture. Knowing that some men in Kenya might not be comfortable with the idea of writing a love letter to their spouse, one of the staff couples encouraged them to consider an alternative: the men could show their love and affection by bringing home a chicken! 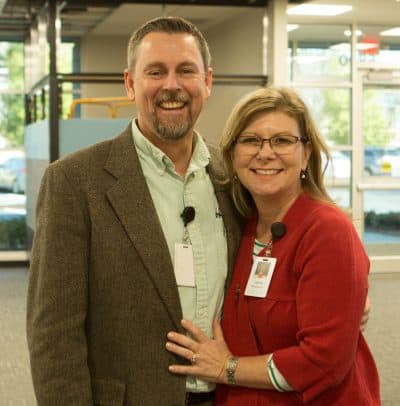 But despite some cultural differences, the Westbrooks saw firsthand that many of the struggles faced by married couples are universal. “It’s remarkable how much we are the same,” said Janet Westbrook. “People everywhere are facing the same issues.” Covid-19 has only reinforced this around the world.

While the first online session was quiet with little response, by the end of the week the couples had really warmed up and were enjoying the interaction, especially when they broke up into smaller Zoom groups for discussion time. They loved the laughter and comradery and even began making good use of the chat feature for a bit of lighthearted fun (such as fireworks and fire extinguisher emojis when discussing the “Love Sizzles” session on sexual intimacy).

But while the merriment was important, even more important was the opportunity to minister to couples and strengthen their marriages.

“The last half of August has seen some revival in our marriage,” said one attendee. “The Art of Marriage seminar has taken this a notch higher—a catalyst towards oneness under the lordship of Christ.”

It’s this oneness under the lordship of Christ that will help these couples to be more effective as they reach out to others. By equipping these couples in their own marriages and teaching them to do the same for others, FamilyLife is partnering with them to change lives and legacies and reflect the love of Christ in Kenya and throughout the world.