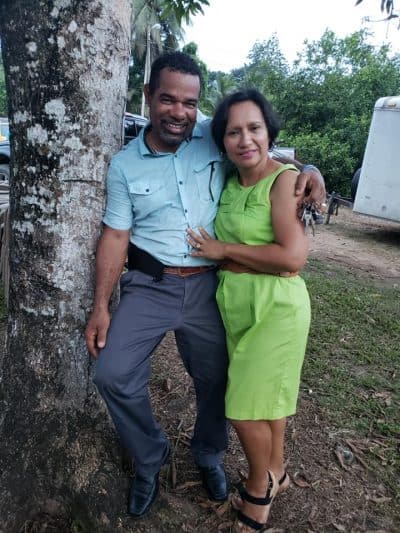 Richard and Rosa Smith have served as FamilyLife volunteers in Belize for more than two decades. They’ve seen God work in their country through marriage seminars, small groups, radio broadcasts, and other outreaches. But the challenges of the pandemic have allowed them to experience new depths of God’s faithfulness in the past year.

The Smiths first got connected with FamilyLife at a National Religious Broadcasters (NRB) convention, where Richard was looking for Christian programs for his two radio stations in Belize. He was impressed with FamilyLife’s program, FamilyLife Today®, and soon learned that FamilyLife had many other resources to offer. Over the years, Richard and Rosa began incorporating FamilyLife’s materials (such as The Art of Marriage® and FamilyLife’s Couples Studies®) into their ministry. They even helped organize outreach excursions for passengers on the 2019 Love Like You Mean It cruise, which stopped in Belize.

They’ve seen God work in powerful ways through their outreaches to restore marriages and point families back to Jesus. One couple they met was experiencing extreme marital difficulties. The husband expressed to the Smiths that he wanted to attend an Art of Marriage (AOM) event, but he felt sure that his wife wouldn’t come. Richard and Rosa reached out to her, but she was hesitant. She finally agreed to come but said she would only attend one session. The couple ended up staying for the entire event and found it to be transformational for their marriage. Countless others have experienced healing and restoration in the same way.

The Catholic church in Belize has started using AOM, too. Anyone in the church who wants to remarry is required to go through AOM first.

Much of the ministry in Belize had to change, however, when COVID-19 hit.

Belize, being a country that depends heavily on tourism, was hit hard financially by the pandemic. With no cruise ships sailing and very few tourists visiting, many Belizeans lost their jobs and faced incredible financial struggles. Richard, who serves as a full-time missionary and runs a non-profit ministry that depends heavily on donations, also felt the strain. As he prayed and considered his options, the Lord opened a door for him to be able to buy used cell phones on eBay and sell them for a profit. He was able to make enough of a living to pay his bills and continue his radio ministry, which is thriving with 150,000 listeners.

“Because of COVID, churches closed, and everything was online. That grew the number of listeners,” said Richard. “People were scared, and they were turning to our station for help.”

The Smiths saw God’s provision in other ways, too. One of their radio antennas was struck by lightning, which made the signal weak. They needed to raise almost $2,000. God provided donors who were able to help, and the signal is now back at full operation and range, allowing them to reach many more people with the good news of the gospel.

Richard’s station, My Refuge, reaches all the way from Belmopan to Belize City. A friend of Richard’s was recently visiting the largest medical center in Belize City, 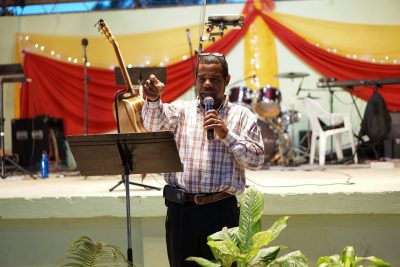 where the majority of COVID patients were being treated. He was surprised and excited to hear Richard’s station broadcasting throughout the hospital, encouraging the doctors and patients with biblical messages. This is just one example of how COVID has created opportunities for outreach, as people have been looking for hope and truth.

Richard and Rosa have also organized outreaches involving food distribution, shoe drives, worship nights, and more. The tough situations faced by Belizeans have been chances for the Smiths and other volunteers to show the love of Christ.

Seeing God at work not only in spite of the pandemic, but through it, has been a valuable reminder to Richard and Rosa to remain faithful in their ministry even in difficult times. God certainly has remained faithful to them and to the people of Belize.