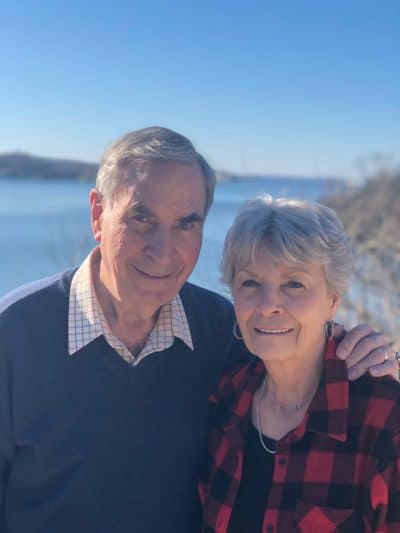 Long before FamilyLife began teaching couples how to develop personal, local ministries to impact their own corners of the world, Norm and Sue Patterson were doing exactly that. For forty-five years, they’ve been on a journey of trusting God as He’s led them around the world and opened doors for marriage and family ministry. Their testimony shows the reach and effectiveness one couple can have when they surrender their own plans to God and step out in faith and obedience.

When Norm came to Christ at age 30, he already had a successful career as a dentist. As he began to experience life change, his marriage to Sue improved. Although she had received Jesus as her Lord and Savior at age eight, seeing Norm’s transformation prompted her to recommit her life to Christ. From then on, they both desired to help other families experience the power of the gospel, even if that meant leaving some parts of their comfortable life behind.

The Pattersons first learned of Campus Crusade for Christ International (CCCI) through a contact at their church who spoke about being medical missionaries. Norm and Sue were intrigued and asked how they could be involved. Within a couple of years, in 1978, they had quit their dental practice and were going through training with CCCI (called Cru in the US). Their training included going through a FamilyLife marriage course that opened their eyes to God’s plan for marriage.

Norm and Sue’s first overseas assignment was to minister to business and government leaders in Swaziland, but soon after arriving they were asked to provide some basic marriage principles to the staff there. They didn’t feel particularly qualified, but because of the significant impact of the FamilyLife marriage course on their own marriage, they decided to pull out their notes and share what they had learned. The staff responded enthusiastically—they had never experienced this type of instruction.

As the Pattersons began ministering to business and government leaders, they couldn’t help but notice a recurring theme: a profound need for marriage and family ministry. And so Norm and Sue’s personal ministry journey began. They knew that whatever career opportunities they pursued or wherever they moved in the future, they wanted to continue sharing biblical principles for marriages and families with those around them.

Over the next decade, God led them to Zimbabwe and South Africa, where they continued seeing the need for marriage and family ministry. They discipled CCCI staff; they formed relationships with government and business leaders and presented FamilyLife materials at annual executive seminars; and they presented FamilyLife materials to the teaching staff at the boarding school where their children were enrolled. They also began receiving invitations to speak at local churches. Wherever they felt God was opening a door, they enthusiastically stepped through it and saw many lives and marriages changed as a result.

After several years, the Pattersons returned to the US and to practicing dentistry, but their FamilyLife ministry continued. They sent their dental office staff to Weekend to Remember® getaways and rejoiced in seeing changes in their employees.

Eventually God led the Pattersons back into overseas ministry—first to Germany, where they launched a new FamilyLife ministry. They spoke at events, built a team of German couples, and helped facilitate the translation of four HomeBuilders Bible studies into German. 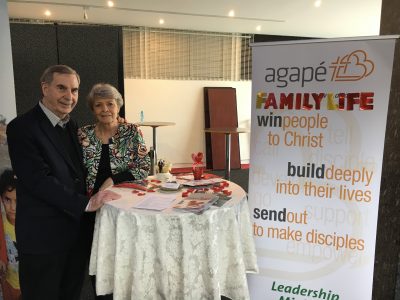 Their next overseas assignment was Ireland, again to launch FamilyLife as a foundational ministry for reaching leaders and professionals. They introduced The Art of Marriage® and FamilyLife’s Art of Parenting® to key churches and trained eight Irish couples to provide leadership for the ministry.

Visa regulations brought the Pattersons back to the US in 2019, but they continue to serve the FamilyLife Ireland team from afar. They also regularly lead Art of Marriage and Art of Parenting groups via Zoom for their friends, neighbors, and church congregation.

Norm turned 80 years old last November, but he and Sue show no signs of stopping. “Ministering to families is our life,” says Norm. “It has become our lifestyle.”

What is the secret to a life lived well in service to others for the glory of God? In the Pattersons’ own words: “God called, we answered; He directed, we followed; He equipped, we learned; He blessed, we rejoiced; He multiplied—He received the glory!”